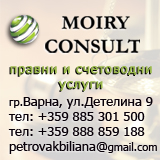 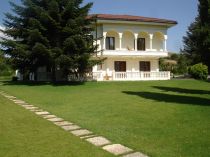 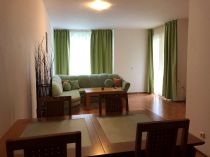 Bulgaria is an ancient European country, the development of which often overlaps with the history of world civilization. Every year thousands of tourists are flocking to Bulgaria to enjoy the beautiful summer and winter resorts, traditions and explore rich cultural heritage of this beautiful country. Here all year round you can get your necessary treatment offered by numerous spa resorts.

On the east is the Black Sea, to the south it borders with Greece and Turkey to the west with Serbia and Macedonia, and with Romania to the north, dividing by river Danube. The southwestern part of the country has a pronounced mountain nature as prominently features Rila and Pirin, and further east are lower but more extensive Rhodope Mountains. In Rila is the highest peak on the Balkan Peninsula – Musala, 2925 m high Stara Planina mountain chain crossing half the country from west to east, north of the Valley of Roses. Hilly and flat landscapes are typical of southeast, along the Black Sea and Bulgaria's main river - the Danube, to the north. Strandja is the highest mountains in the southeast. In contrast, Dobroudja is the plane region of Bulgaria, with lower and a few hills.

The administrative division of the country is into 28 regions, districts are divided into municipalities (eg. Burgas is divided into municipalities - Aytos, Burgas, Kameno Karnobat, Malko Tarnovo, Nessebar, Pomorie, Primorsko, Ruen, Sozopol, Sredets, Sungurlare Tsarevo). Forests cover around 1/3 of the territory, they are mostly deciduous. Bulgaria is famous with the bearing roses which bloom throughout the entire Kazanlak valley known as the Valley of Roses. High in the mountains has a very rare and beautiful flower – edelweiss. Worldwide are known many varieties of Bulgarian tobacco. Bulgarian coastline is 648 kilometers. In some places has a width of up to 100 m.

Population in Bulgaria is about 9,000,000 people. The majority of the population are Bulgarians, almost 10% - Turks, in Bulgaria also live Greeks, Armenians and other ethnic groups. Most believers are Orthodox Christians.

In the country there are wide variety of hotels, guest houses, villas and holiday homes. Many hotels are using the system "all inclusive". In the small family hotels and guest houses, you can enjoy excellent service and friendly atmosphere. The prices are varied and depend on where and how you decided to rest but they are relatively - lower than prices in other European countries.

The ski resorts of Bansko, Pamporovo and Borovets accept winter sports fans. Good reviews for ski resorts in Bulgaria in the winter months attract an increasing numbers of tourists. Ski resorts in Bulgaria are enjoying great popularity, thanks to the introduction of new routes, and using the latest technology lifts.  The Bulgarian resorts (hotels, spas and beaches) include the diversity and warmth of this country and its people, extremely hospitable and friendly to all visitors.

March 1 - the day of the arrival of spring (Martenitsa);

March 25 - The Annunciation of the Virgin Mary;

May 6 - St. George's Day of the Bulgarian Army;

May 24 - Day of Slavic Literature;

June 2 - Day to all those who died for the freedom of Bulgaria;

9 August - Day of the Bulgarian Navy;

September 6 - Day of Unification of Bulgaria;

December 8 - Day of the student;

One of the characteristics of the Bulgarian cuisine is that most products in a dish is cooked simultaneously. This is especially true in the baking and the explanation is simple - formerly households have barely had their own ovens, are treated the prepared baking dish in public ovens. Even with the advent of modern technology, this tradition of cooking remained to a large extent. Other given characteristic is the inclusion of many fresh or canned vegetables, which are processed with meat simultaneously. Strong compared to other cuisines because of the use of spices such as onions, garlic, and red pepper, allspice, bay leaf.

There is a wide variety of local and European dishes.  Also have many milk products. It is believed that they contribute to the Bulgarian longevity. One of the most – interesting appetizers for the foreign tourists is tarator, a cold soup with yogurt, cucumbers, garlic, dill and ground walnuts. For the unprepared tourists they can seem strange, but it is very tasty and healthy dish.

One of the most - popular dishes in Bulgaria is moussaka. Prepared from potatoes, minced meat, vegetables, baked in the oven and coverd with yogurt and eggs. In almost all restaurants offer kebapche and meatballs, often served with Bulgarian pepper relish. Another main dish is a gyuvech, it is made of various vegetables and meats roasted in the oven.

It is also a popular Bulgarian banitza. This is a farinaceous dish stuffed with cheese and eggs.

In Bulgaria there are many types of wines.